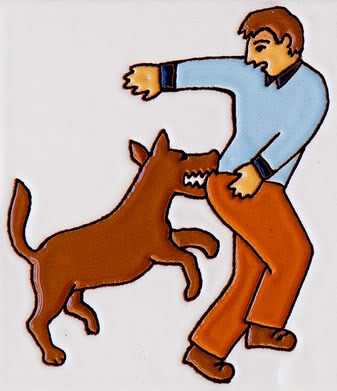 It’s Not the Breed, It’s the Bite
State Farm Lists Top Ten States for Dog Bite Claims
Bloomington, IL, May 10, 2011 /PRNewswire/ — Each year, almost five million people are bitten or attacked by dogs. Dog bites are a serious public health problem that can cause both physical and emotional damage to victims and considerable cost to communities.

State Farm® paid more than $90 million as a result of the nearly 3,500 dog bite claims in 2010. This is one of the reasons that State Farm recognizes National Dog Bite Prevention Week, sponsored by the American Veterinary Medical Association during the week of May 15 - 21.

The Insurance Information Institute (III) estimates that in 2009, insurers across the country paid more than $412 million in dog bite claims.

A dog’s tendency to bite depends on such factors as heredity, obedience training, socialization, health, and the victim’s behavior. There are good dogs and bad dogs within every breed, just as there can be responsible and irresponsible owners of each breed. State Farm *does not refuse insurance based on the breed of dog a customer owns but does require policyholders to answer questions about their dogs’ history on a homeowner insurance application.

*The state of Ohio has determined that the pit bull meets the definition of a "vicious dog”.As a result, the owners of pit bulls or any American Staffordshire terrier mix are subject to specific requirements to protect the public from injury by these animals. State Farm does not provide coverage under its homeowner’s policy in the state for this breed of dog.

Children are frequent victims of dog bites. In fact, 60 percent of all dog bite victims are children under the age of 12. Tragically, of the 33 dog bites that resulted in death last year, 20 of these fatalities were young children.

In addition to stressing responsible pet ownership, State Farm encourages responsible behavior and caution around dogs, including family pets. Under the right circumstances, any dog might bite.

NEVER leave a baby or small child alone with a dog.
Be on the lookout for potentially dangerous situations.
Start teaching young children -- including toddlers -- to be careful around pets.
Children must be taught NOT to approach strange dogs.
Always ask permission from a dog's owner before petting any dog.
For more information about dog bite prevention, visit the State Farm Learning Center or the American Veterinary Medical Association.

Video
Visit the State Farm Newsroom and click on the video tab for interviews with two children that were attacked by dogs and required reconstructive surgery to repair the facial injuries. Additional video footage from the interviews is also available at the newsroom.

About State Farm®
State Farm insures more cars and homes than any other insurer in the U.S., is the leading insurer of watercraft and is also a leading insurer in Canada. Our 17,800 agents and more than 66,000 employees serve 81 million policies and accounts – more than 79 million auto, fire, life and health policies in the United States and Canada, and nearly 2 million bank accounts. State Farm Mutual Automobile Insurance Company is the parent of the State Farm family of companies. State Farm is ranked No. 34 on the Fortune 500 list of largest companies. For more information, please visit statefarm.com® or in Canada statefarm.ca®.
Posted by Julie K at 12:53 PM

I like it so much, please try to keep posting.

Let me introduce other material that may be good for our community.

Thanks for sharing this post! When I make house visits as an insurance agent I'm always careful to look out for the dogs in the neighborhood.

I lived in Florida for two years! I believe it is on this list, there were a ton of dogs there. I think everyone had a dog it seemed like. http://www.cowangroup.ca/cigl/pages/products-services/for-individuals/auto/index_en.jsf

Julie K
Life is pretty good to me .British Exile. Do I look fat?

Pet Of The Week 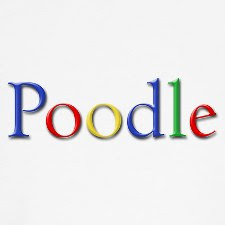 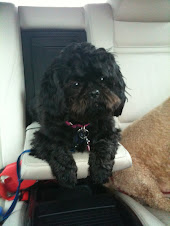 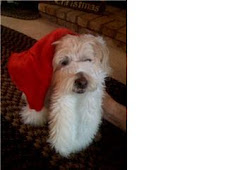